Here are two pictures that I'm pretty sure are from the same school - but I'm not sure which one - nor am I sure it's a Bovina school.

The first shot was found in my late grandmother's pictures.  I recognize one of the children - James Calhoun (1889-1918), grandma's first husband.  The Calhouns lived in Bovina, but not far from Andes.  I thought it might be Biggar Hollow, but the building doesn't match images I have of that particular school. 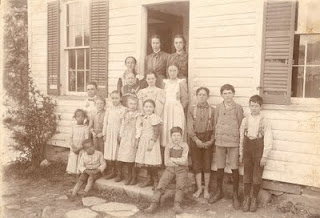 Jeanne Flye sent this picture discovered in an album of her grandmother's, Mary Ann Raitt.  It certainly looks to me to be the same building.  But where?  And who are the kids? (Click on the image for a larger version) 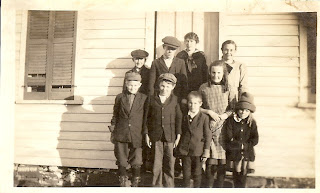 So any help with either of these would be greatly appreciated.

Posted by Bovina Historian at 11:18 PM