After I posted the photo in my September 22 blog entry showing Margaret Boggs Ormiston with her daughter Ruth Monroe, granddaughter Francis Burns and great-grand son Alan Burns, one of her descendants sent along three other four generation photographs, two of which involve Margaret. This photo, provided by Ed Davidson, shows Margaret's daughter Lois Davidson, her grandson Ed Davidson and her great grandson Jon Davidson. 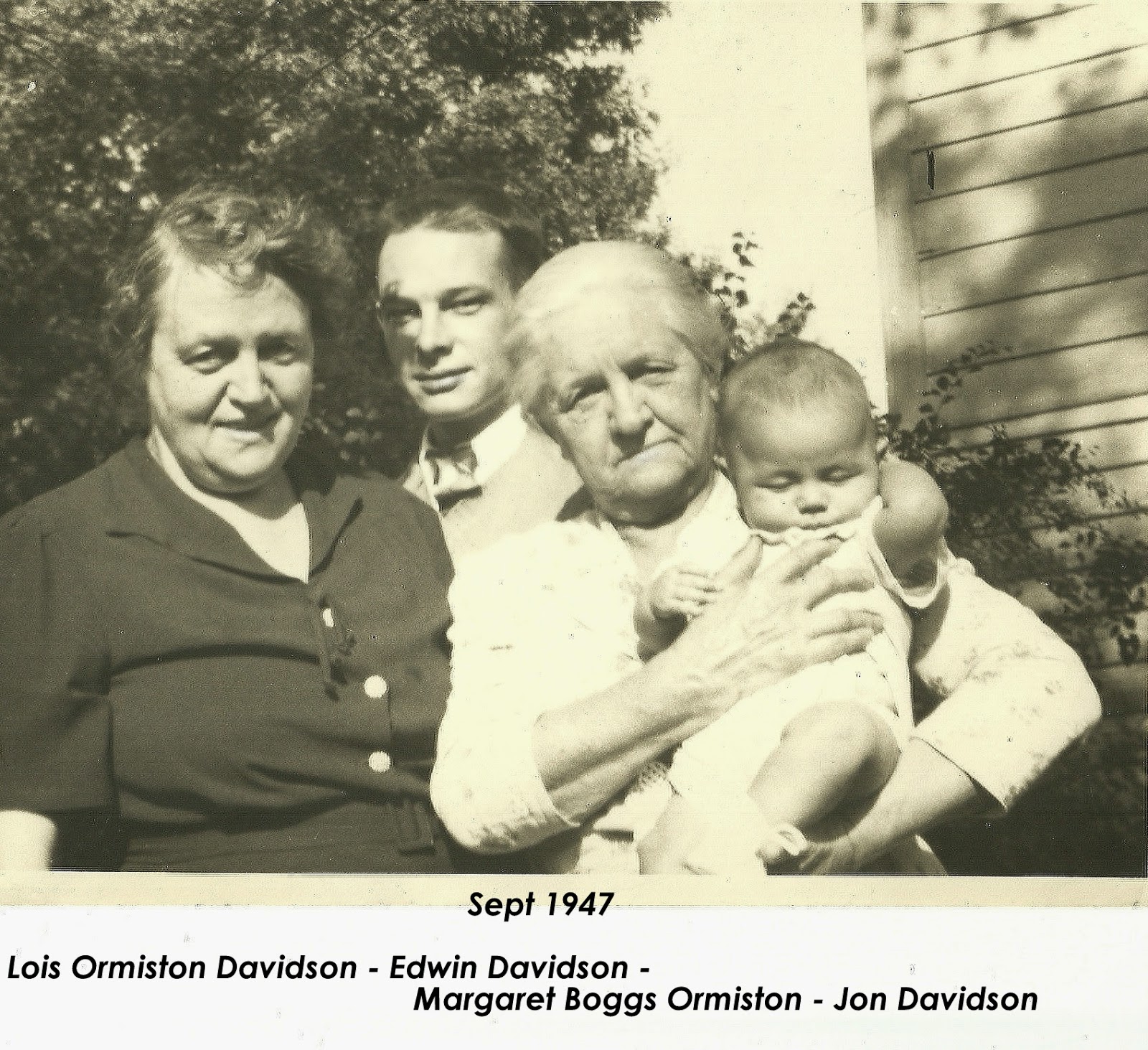 As noted in the September 22 blog entry, the Ormistons are noted for living long. Margaret was just shy of 100 at her death in 1966. Lois was just shy of 80 at her death 10 years later and Ed is still going strong at 91, just like his cousin Frances, who is about 11 days older than Ed. Ed lives in the San Diego area and his son Jon lives in Yakima, Washington.

Here is one from 1922 sent by Dick Davidson that shows Margaret Ormiston with her mother, Jane Archibald Boggs, daughter Lois Ormiston Davidson and granddaughter, Jane Davidson. 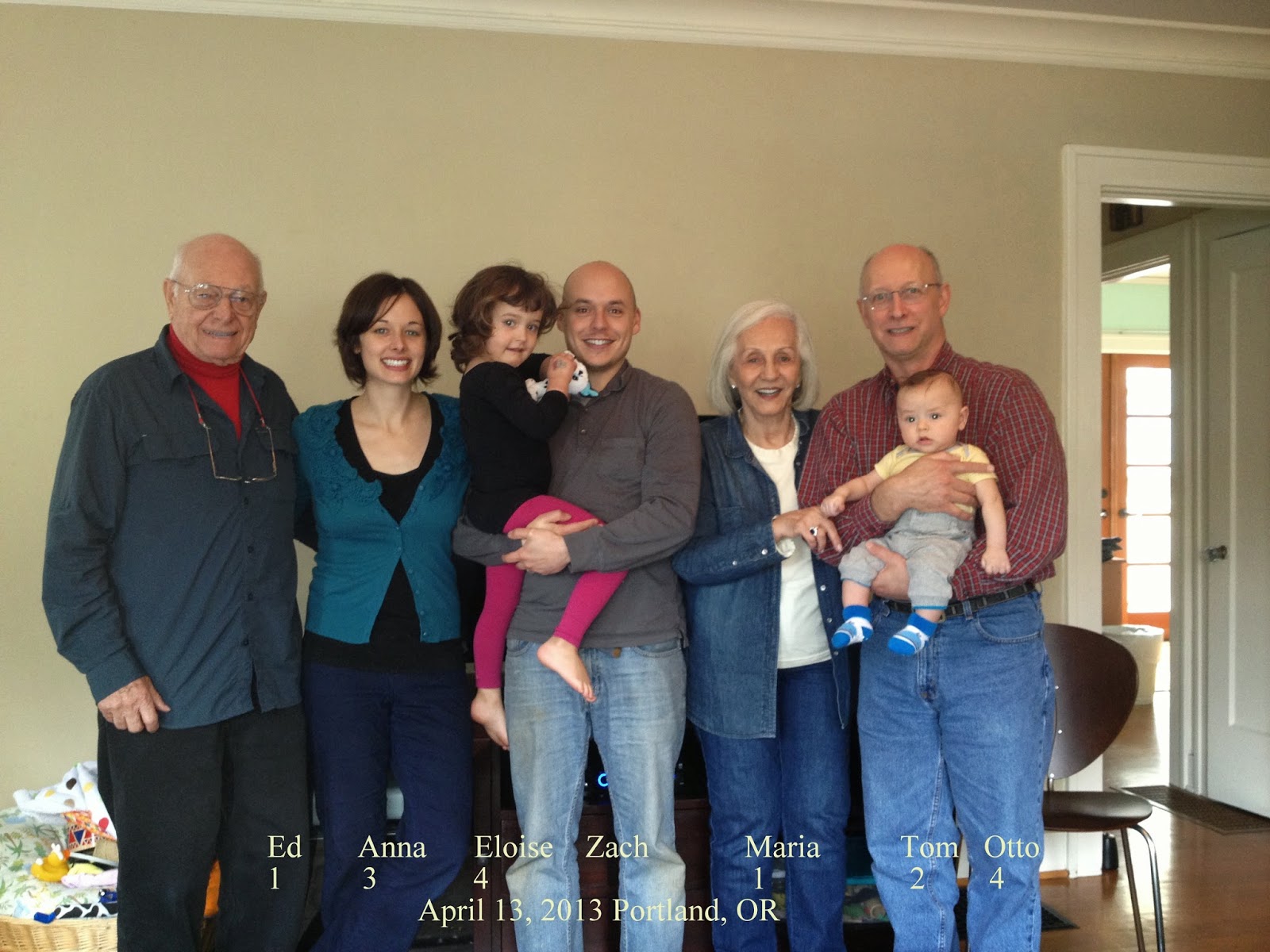 Many thanks to Ed and Dick for sharing these. I hope it will give you all ideas to share family pictures too!