Seventy years ago today, September 22, 1944, several members of the Ormiston family came to the Bob Wyer studios in Delhi to pose for this series of pictures: 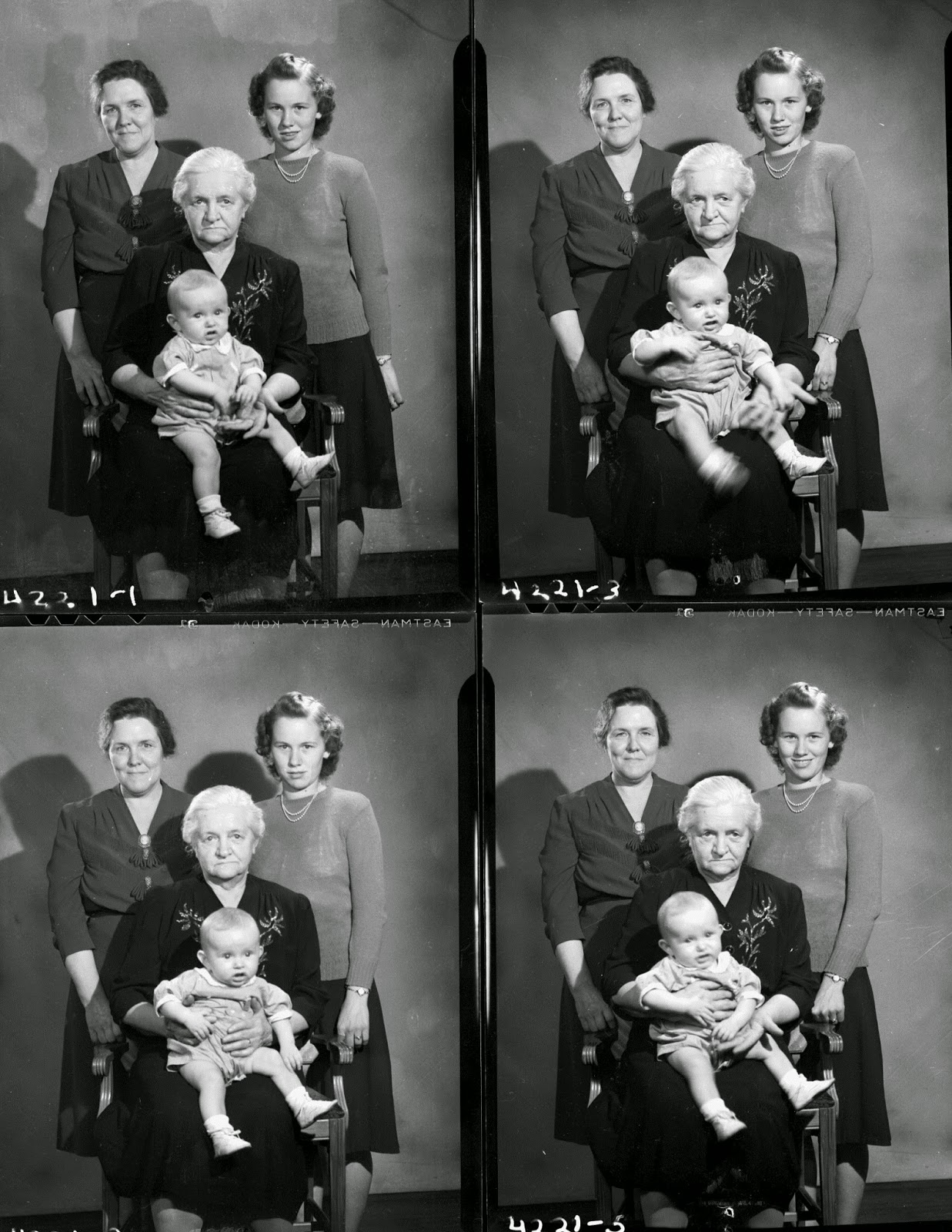 This four generation picture shows Margaret Boggs Ormiston holding her great grandson Alan Burns. Behind her are standing the baby's grandmother, Ruth Ormiston Monroe and the baby's mother, Frances Monroe Burns. Baby Alan was about seven months old. Sadly, Alan would pass away all too soon in 1996 when he was only 52.

The women in the photo all have the distinction of having made it into their 90s. Maggie Ormiston was just shy of 100 at her death in 1966 and Ruth was two months shy of 91 when she died in 1985. And Frances still is going strong at 91!

Margaret Boggs, born in 1866, was the daughter of Thomas R. Boggs and Jane Archibald. She married Thomas James Ormiston, who predeceased her in 1919. Her daughter Ruth was born in 1894 and married Henry Monroe. Henry survived Ruth by seven years, dying in 1992 when he was 96.
Posted by Bovina Historian at 8:00 AM