It has been 200 years since the second church was created in Bovina, the Reformed Presbyterian Church. Created in September 1814, the church's first location was near Mountain Brook, where Bovina Road and County Highway 6 meet - the church's cemetery still exists). In 1861, the congregation built a new church in the Bovina Center hamlet, where the Bovina Fire Department building stands today. In April 1914, the church observed its centennial with a day long celebration that included the installation of a new pastor, Thomas Graham. This celebration, in many ways, was also the congregation's swan song. Within a few years, the congregation was inactive and by 1942, the church building and parsonage were sold. The church was demolished in 1944.  [More of the church's history can be seen on this blog in the entry for October 7, 2010: http://bovinanyhistory.blogspot.com/2010/10/brief-history-of-bovina-churches.html]

Below is a photo I scanned several years ago of a picnic gathering of the Bovina RP Church. A date was not provided, but it appears to be from around 1900, based on the ages of some of the children in the front. The names are id'ed on the back, with numbers written faintly on the people. Not all the numbers are legible, but I created a copy with numbers more clearly marked for the ones I could id. 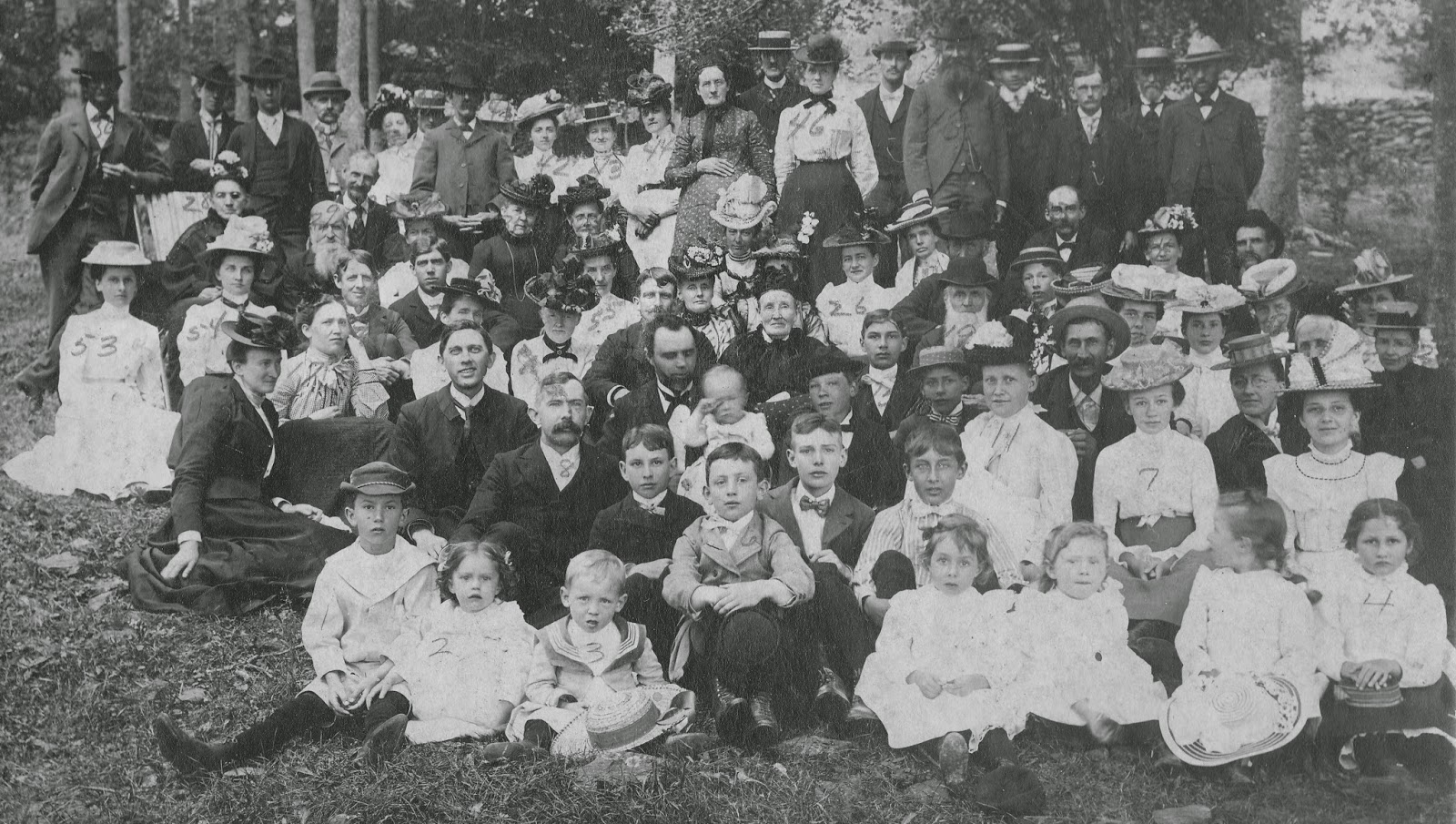 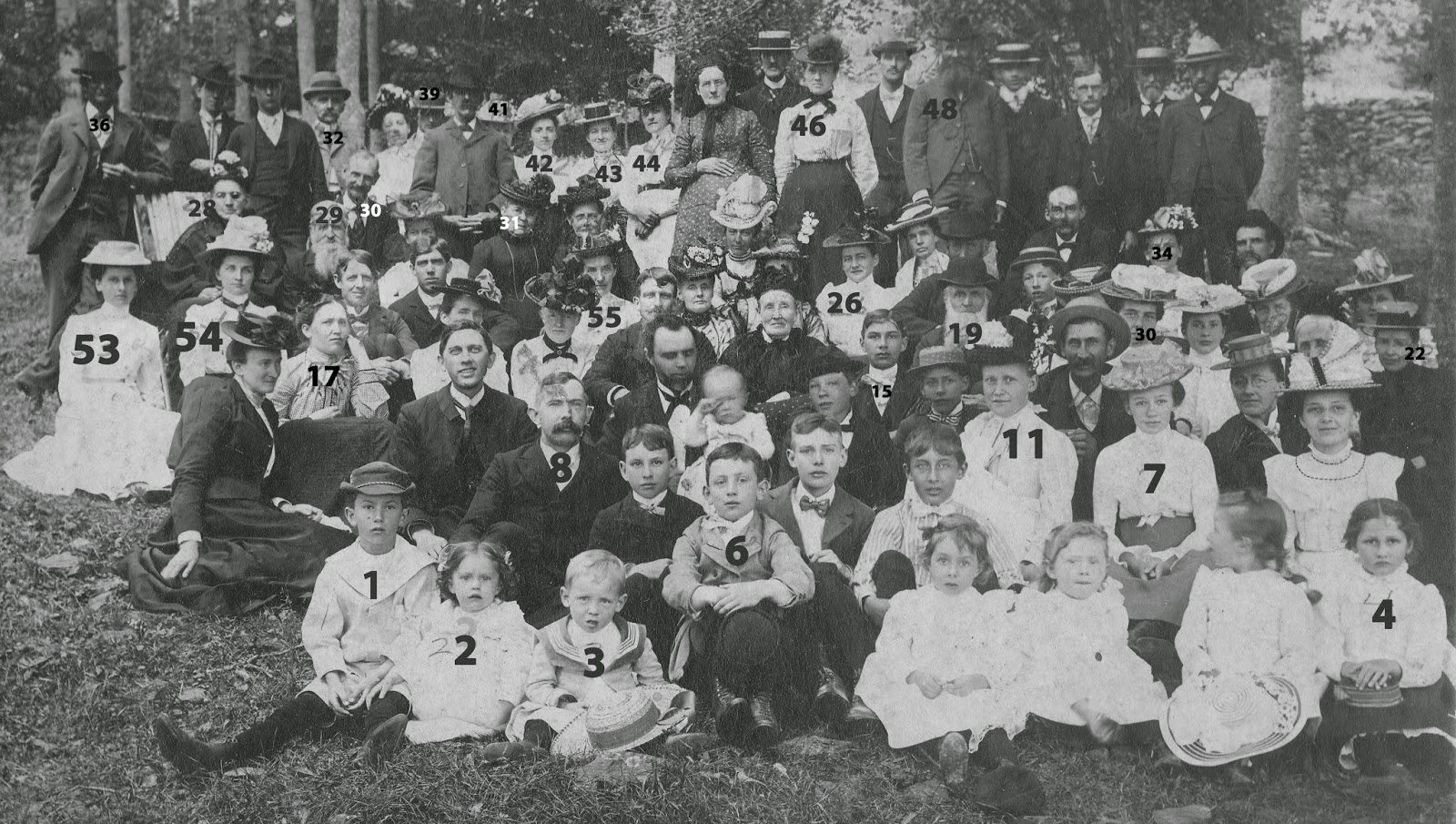 Here are the names and numbers from the back of the photograph: