Early on in life, I've had this penchant for documenting things - by my diary and by taking photos (digital photography has allowed me to photograph just about everything in my life these days). I started my journal in June 1970 and that same month, got my first camera, a Polaroid Swinger.

Forty years ago today, I started a tradition of taking a photograph out of my bedroom window each New Year's Day. Well, the tradition lasted until 1978 when I moved away. I never picked it up in any place I have lived since. Today was my first New Year's Day spent in Bovina since 1978. So I decided to commemorate the 40th anniversary of that first photo by taking one out of the same window today.

The weather 40 years ago was a lot different than today's unusually mild day (I was able to ride my bike this morning). As you can see from the photo below, we had quite a snowfall for the start of 1978. I noted in my journal that I "had to shovel at Russels (sic). There was quite a bit of snow." The snow that fell New Year's Day was washed away by rain within a few days.

It wasn't easy lining up the shot to match the one from 40 years ago. You'll note that a number of landmarks, including the barn and garage, are gone. The tree still stands, though it is going to have to be cut down sometime this year. We're sorry to see it go, but it's starting to drop branches with some frequency, so it's time.

Since the 1971 photograph was taken in a snowstorm, I've also included the picture from 35 years ago (1976) to provide a clearer idea of what the view looked like a few decades ago.

Happy New Year to all from bucolic Bovina. 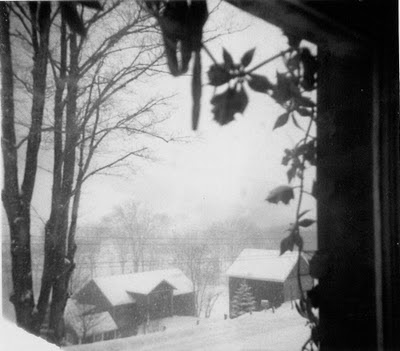 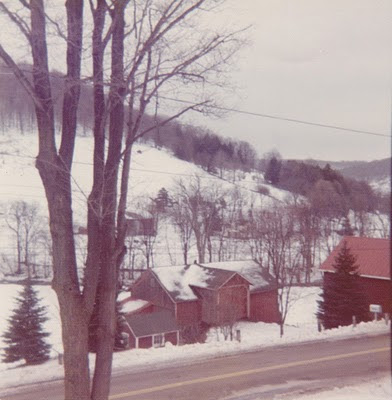 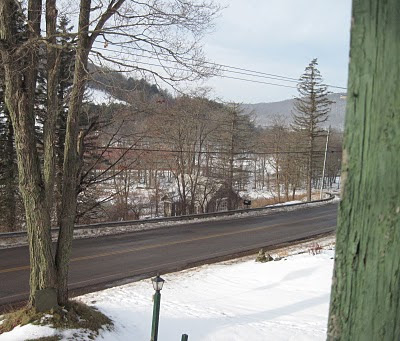