David Fletcher Hoy - Give My Regards to Davy

David Fletcher Hoy was born in Bovina on October 6, 1863, the son of John R. Hoy and Isabella Miller. He received his early education in Bovina and attended the Delaware Literary Institute in Franklin, NY. Davy attended Cornell University and would be associated with the university for the rest of his life, first as a student and later a faculty member and as the University Registrar. Hoy was highly regarded and occasionally feared at Cornell. He was a strong advocate and supporter of Cornell's baseball team, having a baseball field named for him (and Hoy field still exists there). He was traveling with the baseball team when the bus ran off the road, injuring Hoy and killing the umpire sitting next to him. Davy never totally recovered from the accident, dying about a year and half later in December 1930. The article below is his obituary as published in the Cornellian Council Bulletin. 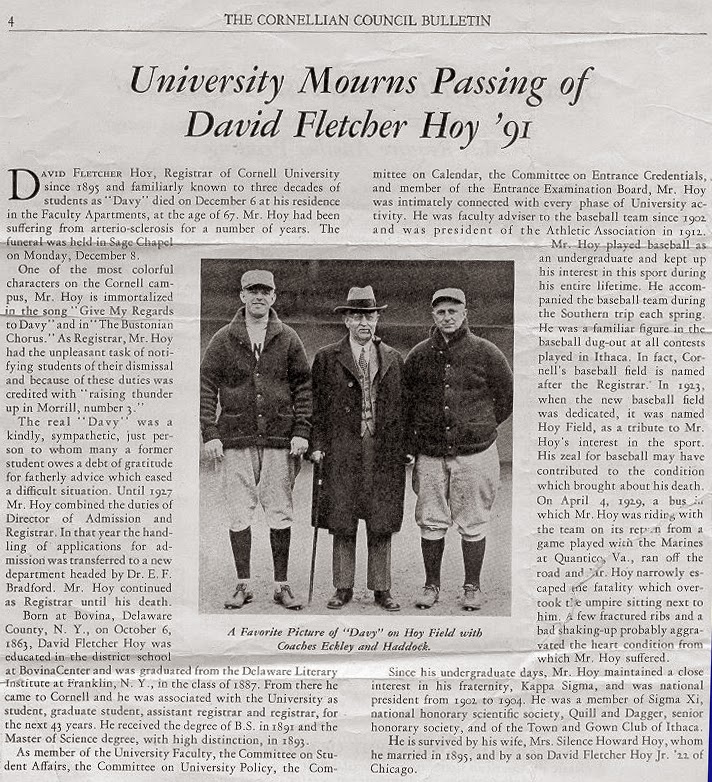 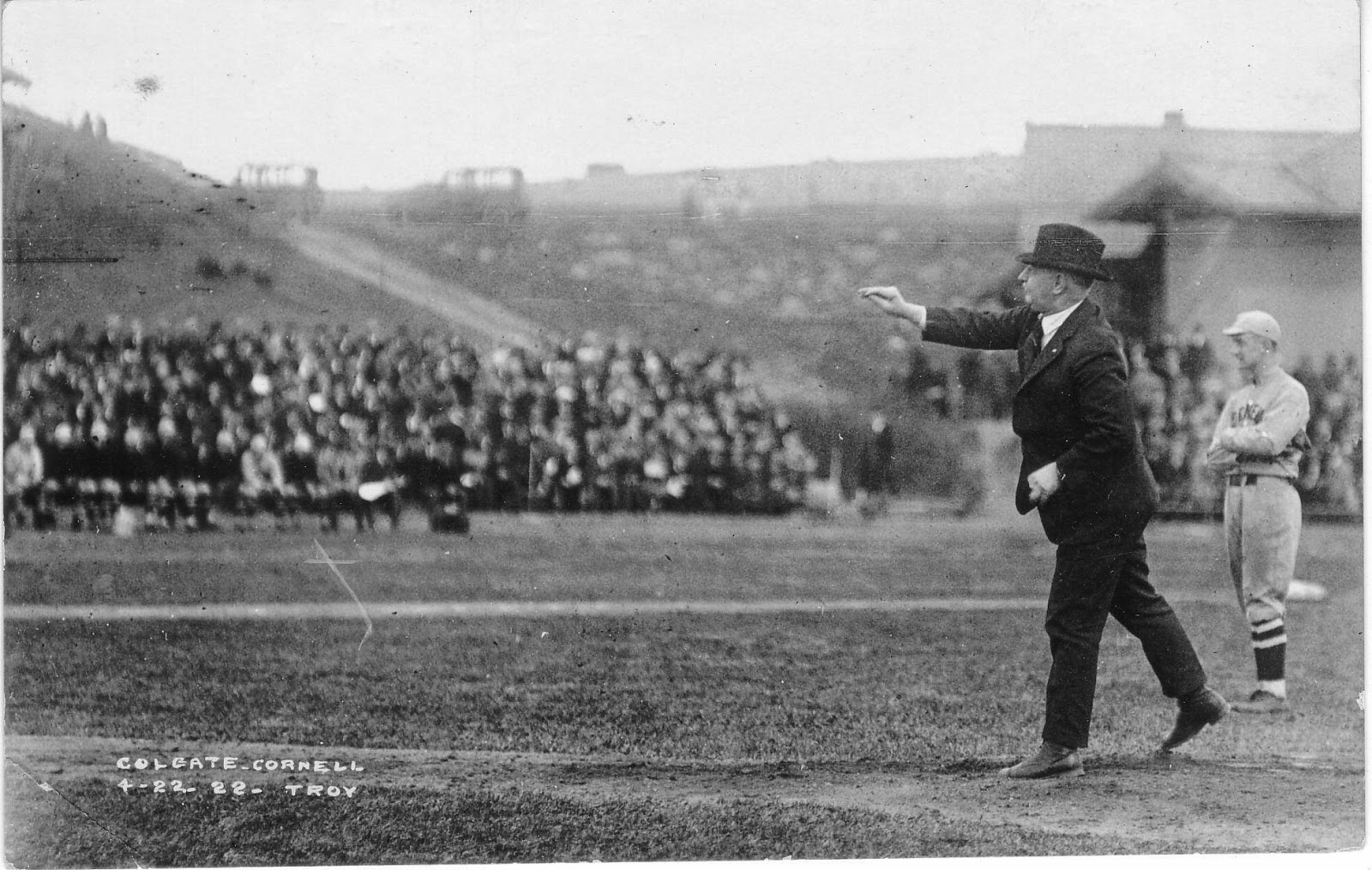 For more information about the baseball and about Cornell's fight song, written about Davy Hoy and still in use today, go to http://www.news.cornell.edu/stories/2008/07/giving-regards-davy-legendary-cornellian-honored

I did this blog entry not just because it was a story of someone from Bovina making a success in the world outside Bovina. As Bovina Town Historian, I am always going to be grateful to Davy for the work he did in documenting Bovina's history. While he was busy at Cornell, he started work on the genealogy of his great grandparents. The project expanded into one we now call 'Bovina Families.' He created thousands of slips of paper with information that he collected wherever he could find it (transcripts of these slips can be found at http://www.dcnyhistory.org/bfindex.html). In doing his research, he made at least two trips to Scotland, visiting the Scottish borders to track down some of his ancestors. He also was responsible for documenting Bovina's cemeteries. His information has formed the basis of the work done by Ed and Dick Davidson, his great nephews, to ensure that all Bovina cemeteries are thoroughly documented. Without David F. Hoy's work on Bovina's families and cemeteries, my job as town historian would be much more challenging. So I "give my regards to Davy."
Posted by Bovina Historian at 8:00 AM