Stories from Bovina's Cemeteries - Adam Scott and his Tobacco Tin

Samantha Misa, a Bovina resident, recent graduate of DA and now a history major at SUNY Geneseo, made a very interesting find while volunteering at the Delaware County Historical Association (DCHA), where I work two days a week as their archivist.  She was helping our curatorial manager conduct an inventory of the many objects in DCHA's collection when she found this tobacco tin.  Here's the article that Samantha wrote for the December 2013 Headwaters of History, the newsletter of the DCHA, along with images of the tin and the note inside that started this whole story (Samantha took the images of the note and tin).

On a shelf in the collections of DCHA, there is a small, dark tin with five small pieces of shriveled tobacco inside (pictured at right, below). This would seem unimportant and not very intriguing if it were not for the note accompanying it. The note (pictured below) reads: This tobacco box and tobacco was in my grandfather (Adam Scotts) pocket when he was killed at Bovina. Del. Co. NY. Dec. 31st, 1836.  James A. Scott, New Kingston, Del. Co. NY Feb. 2nd, 1898. 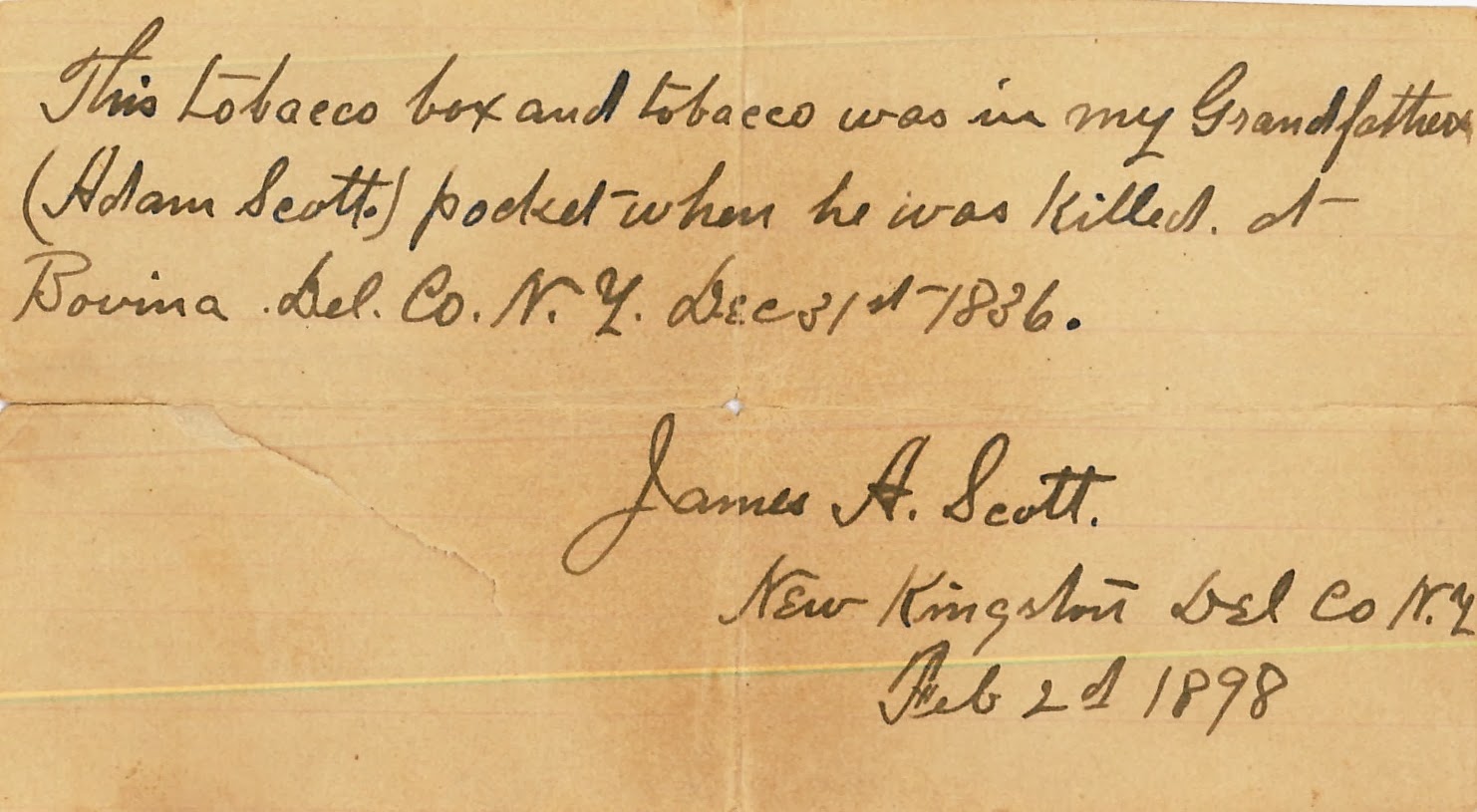 So, who was Adam Scott, and how was he killed in Bovina all those years ago? According to the Biographical Review: The Leading Citizens of Delaware County, first published in 1895, Adam Scott was “one of the earliest settlers of Bovina.” (Biographical Review, 368) Scott, like many other early Bovina settlers, was Scottish, having been born in Deanburnhaugh, Roxburghshire, Scotland in 1775.  He emigrated to Bovina in 1818, making him one of the town’s original settlers. Scott “devoted his time to the pioneer labor of clearing a farm. He had made excellent headway in his work, having redeemed a very good homestead from the wilderness.” (16) Scott was married to Nancy Russell in a ceremony that was performed by Squire Maynard, who was the grandfather of Bovina’s Judge Maynard. Scott’s home was used in the winters as an early Presbyterian church for Sabbaths by the Reverend Robert Laing. (W.W. Munsell’s, 127.)

Later, in 1836, Scott, “while yet in the vigor of his manhood” (Biographical Review, 522) was killed in an accident when “a pair of horses which he was driving took fright and ran away, and he, being thrown from the sleigh, was thrown over a bridge, struck on his head and went through the ice.” Scott died, leaving Nancy Russell a widow with eight children, “the eldest of whom was a boy twelve years old. A year afterward, the mother of these children was likewise taken away by death, leaving the family orphans indeed.” (522) The Scott children were dispersed and raised by family members, many going on to lead successful lives, such as a son, James Scott, who would go on to become a doctor. The tobacco tin that was taken off of his person in 1836 was donated to DCHA in 1981 by Roberta J. Scott. 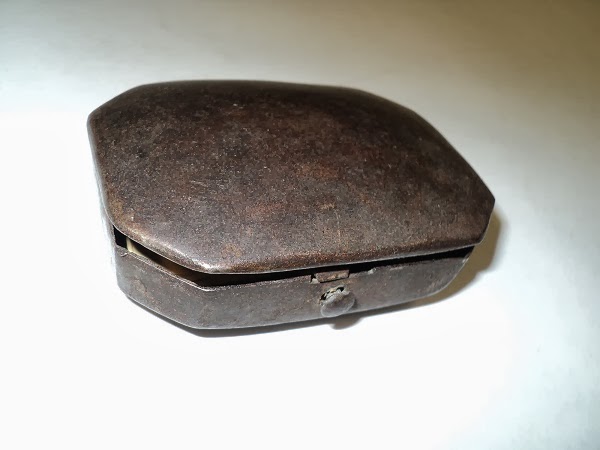 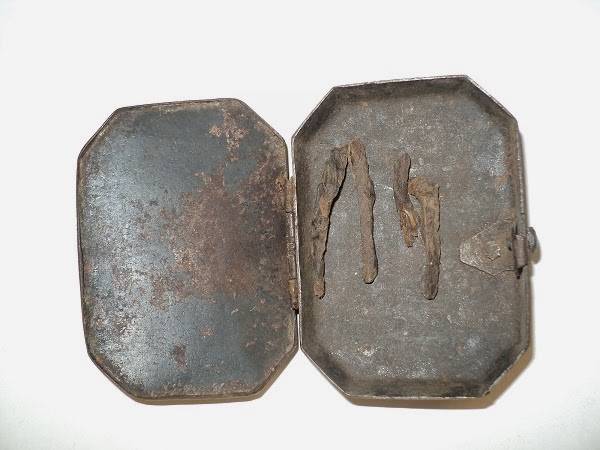 Scott is buried in the Old Associate Presbyterian Church Cemetery (commonly known as the Reinertsen Hill Road cemetery). His wife was buried next to him when she died a year later.