I've been reviewing some pictures from the Cecil Russell family and have come across some portaits of Marjorie from the 1930s and 40s that I thought would be fun to share.  Marjorie was born in 1919 in Bovina and lived there most of her life - the exception being the period from 1937 to 1942 when she went to Muskingham College in Ohio and taught in a school in Ohio for a year after graduating.  She came back to Bovina in the summer of 1942.

These three images are portraits taken of Marjorie during her time attending Delaware Academy.

Marjorie studied home economics at Muskingham College in New Concord, Ohio.  Two years behind her was a gentleman named John Glenn - yes, THE John Glenn, who was the first American to orbit the earth and later became a senator from Ohio. I understand that she was at least acquainted with Glenn while in college and that she was friends with Glenn's future wife, Anna, who was only a year behind Marjorie. Here is Marjorie's senior portrait from Muskingham college. 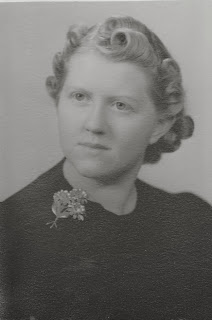 For people who remember what a skinny little thing she was, these pictures of a somewhat plump Marjorie will be a surprise.

I found a later series of portraits that were taken after Marjorie's return to Bovina.  I suspect they were taken in the late 1940s for she looks slimmer. This photo below appears to be the pose she chose. I think it comes closer to the Marjorie I remember for she's smiling broadly here, which she was not in the previous images. Maybe she was trying to look more serious and grown up in the earlier pictures! 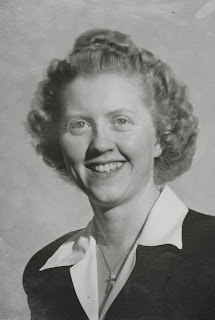 To close this entry out, here are eight other shots taken at the same photo shoot.  I think they demonstrate that fun side to Marjorie that many of us remember. 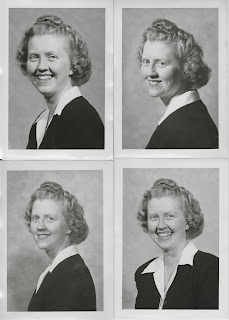 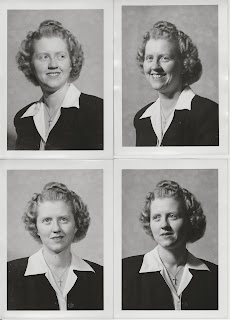 Posted by Bovina Historian at 2:50 PM