In among some of the Russell Family papers that I received from Marjorie's executor, Ann Morris, were many many holiday cards.  Here's a sample of cards she received in 75 years ago in 1937 - all from people in Bovina.

These first four images are from a card Marjorie received from someone in Bovina, Vera Fletcher Storie (1891-1967). 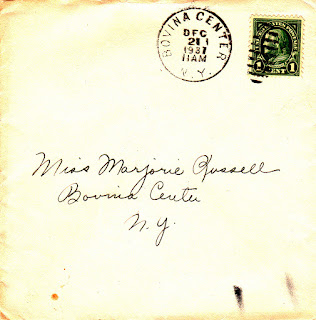 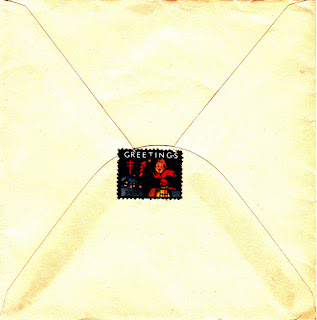 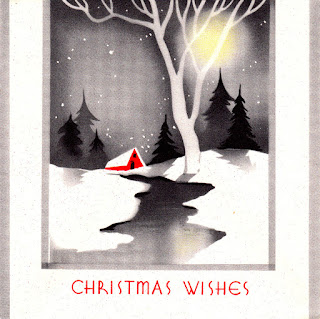 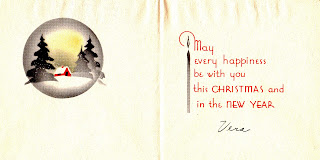 These next three images are from another Bovina card sent to Marjorie from Marjorie Ormiston (1908-1994).  Miss Ormiston was a teacher of Marjorie's.  She would later marry Ronald Walley. 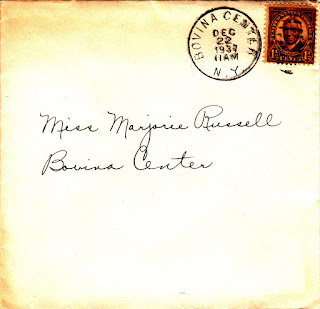 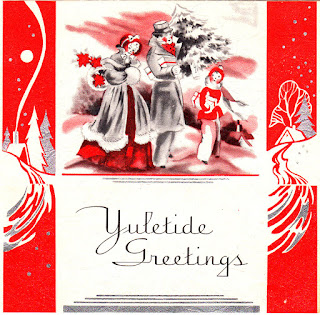 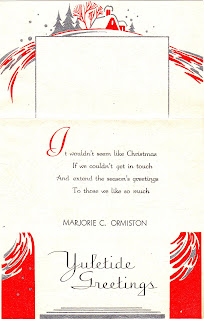 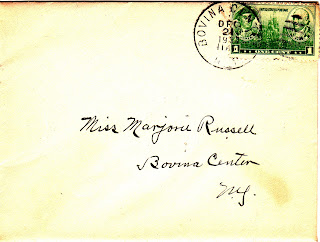 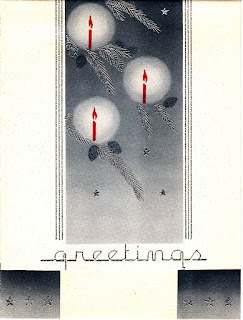