Charlie LaFever - A Remembrance of a Bovina Boy

Today would have been my dear ole Dad's 80th birthday, so I thought I'd present a brief biography about Charlie LaFever in pictures (click on each image to see a larger version of it).

Ironically, though he lived in Bovina all his life, he was not born there.  Dad was born in Delhi on August 27, 1931, at the Delhi Hospital, at that time located on Franklin Street.  He was the first member of his family to have been born in a hospital. 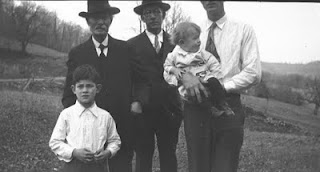 This picture was a surprise when I found it - it's the only photograph that I've found of my dad with his great grandfather Burns.  Left to right:  Howard LaFever (his brother); Alex Burns (about aged 84 in this photo); John Burns (Alex's son and the father of Agnes Burns); my dad; and the man holding him is his father Ben LaFever. 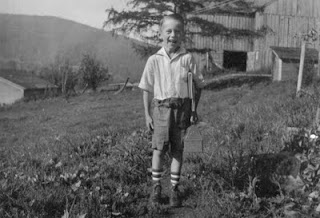 This is a first day of school picture dating from 1937. 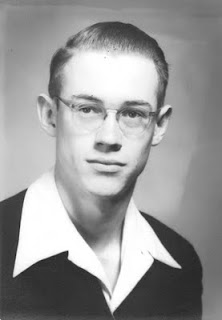 This is dad's senior portrait.  He seems kind of somber in this one, as compared to his first day of school picture.  He told me years later that he was tired of school by the time he graduated.  His mother offered to pay for him to go to college, but he declined because he didn't relish more schooling!  The text from the yearbook under his picture: 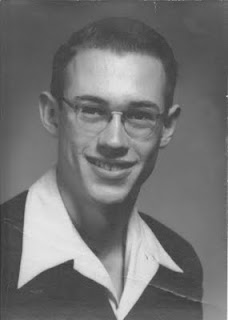 For whatever reason, he did not choose this picture for the yearbook - but I like that grin! 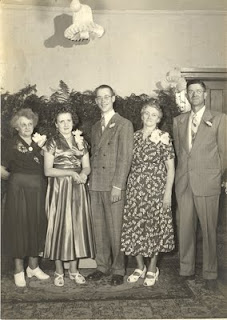 My dad started dating my mom, Leona Edwards, a month or so before he graduated high school.  He wanted to get married but his parents wanted him to be 19 before he did so.  Two days after his 19th birthday, on August 29, 1950, he married my mom at his parents house in Bovina.  In this picture are mom's mom, Dulcy Edwards; my mom; my dad; and dad's parents, Anna Bell and Ben LaFever.  Note the wall of ferns behind everyone.  Anytime we were in the woods where there were ferns, he said the smell reminded him of his wedding day. 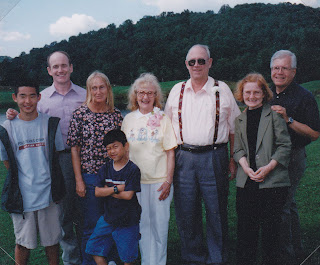 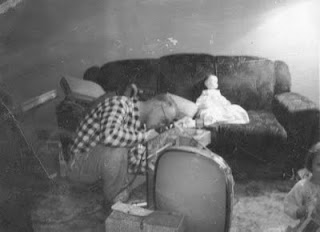 Dad's love of tinkering led him to study TV and Radio repair.  He received his certification from the National Radio Institute in "Television and Radio Servicing" on August 19, 1954.  He ran Bovina Video, which provided very basic cable television service to residents of the Bovina Center hamlet.  He sold it to Delhi Telephone in 2000. 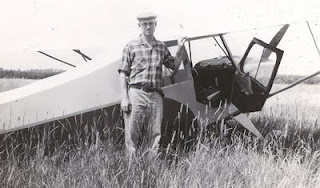 Dad had another passion from an early age - aviation.  He soloed when he was 16 and got his license in the late 50's.  He usually flew from Cooperstown-Westfield airport and made regular flights until the late 70s, when the press of business as town supervisor prevented him from flying. 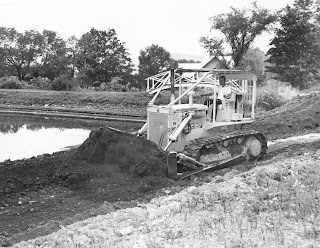 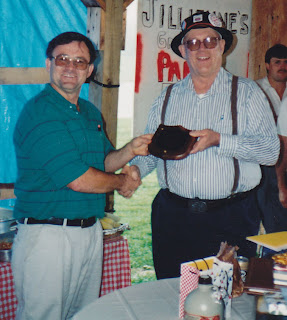 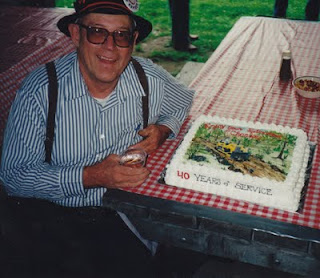 Dad got involved with the town of Bovina in the 70s, when he was appointed to the town planning board.  He was elected to the Town Board in 1975 and in 1977, he was elected Town Supervisor.  He would be supervisor for the next 24 years, retiring at the end of 2001.

As Town Supervisor, Dad also served on the County Board of Supervisors.  He was chair of the public works committee for many years and was Vice Chairman of the board later in his term and at his retirement.  He was instrumental in the development of the county's state of the art co-composting facility, which opened in 2005.

Posted by Bovina Historian at 7:11 AM