It's summertime - time for many people to find ways to escape the heat.  Folks from the New York City area were particularly anxious to get away for the temperature and noise of the city.  One place that over the decades has been and continues to be a popular destination for this urban climate refugees is Bovina.  During my childhood, there were several places that offered farm vacations.  Here's a brief summary of some of them:

I have further research to do on these resorts and on some others, including one run by Mr. and Mrs. Lorenz Bloemeke and another on Russell Hill.  And I'm always looking for pictures and ephemera from these resorts.

Here's a brochure from Suits-Us: 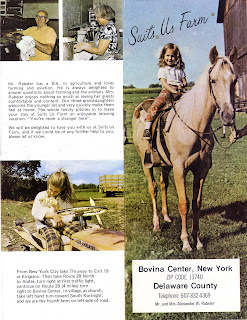 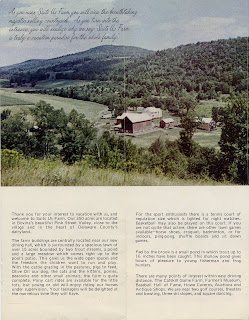 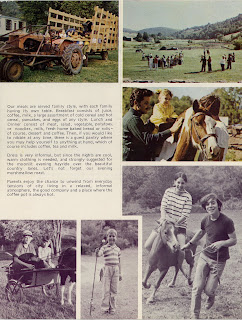