Bovina in the Civil War - Honoring the Dead

There are twenty eight Civil War soldiers buried or memorialized in Bovina (see the May 12, 2011 blog entry concerning Bovina's Civil War dead).  Thanks to Ed and Dick Davidson, most of these stones have been photographed.  Here are a few samples: 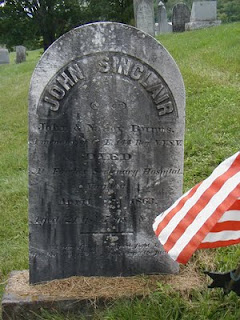 John Sinclair Burns was Bovina's first Civil War fatality, dying of typhoid fever at Fairfax Seminary on April 4, 1863.  Unlike most of his comrades from Bovina who fell in the war, his body was brought back home for burial. Included on his stone are these words: "I have fought the good fight, I have finished my course, I have kept the faith." 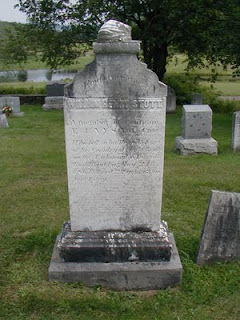 William Stott's headstone is one of two in this style in Bovina - note the military cap (called a Kepi) sitting on a Bible on top of the stone.  Stott was killed in action on May 14, 1864 in Chula Bridge, Virginia.  This stone is a memorial stone, as Stott's body was not recovered. 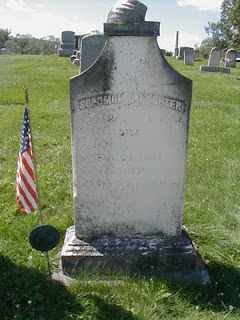 Solomon Coulter's is the other Civil War headstone in Bovina in this style.  Coulter died of typhoid on September 23, 1864 at Hilton Head, South Carolina.  The records are not clear as to whether or not his body was brought home.  One record says he was buried at Hilton Head, SC, while another says his body was removed and re-interred here. 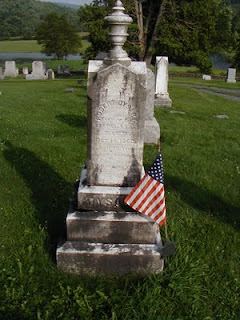 Robert Dysart was another victim of typhoid, dying October 14, 1863 on Folly Island, SC.  He is buried in Beaufort, SC, as noted on his memorial stone. 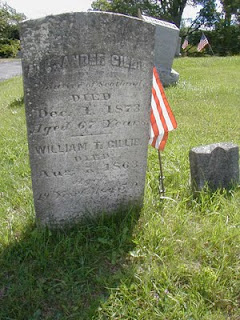 William Gillie was yet another victim of typhoid, dying at Carver Hospital, VA.  He was buried near the hospital where he died.  When his father died 10 years later, his headstone included a memorial to his fallen son, though it does not mention his son's Civil War service. 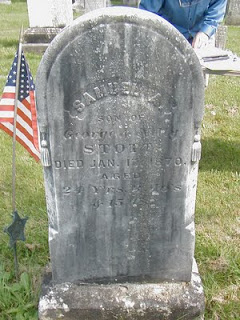 Samuel Stott was one of the first veterans of the war from Bovina to die, surviving his service by only five years.  During the war, he was wounded at Stoney Creek and was a prisoner of war for five months when he was exchanged.  At his death, he wasn't yet 25 years old.  We do not know the cause of his death, but it could have been the effects of his wound and imprisonment. 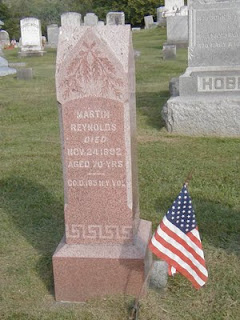 Martin Reynolds was older than the average Civil War soldier.  He was 36 when he enlisted and 70 at his death in 1892. 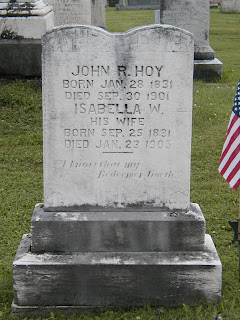 John R. Hoy, like his Civil War comrade Martin Reynolds, was 70 at his death in 1901.  Hoy's stone does not reflect his service in the 144th New York Volunteer Infantry. 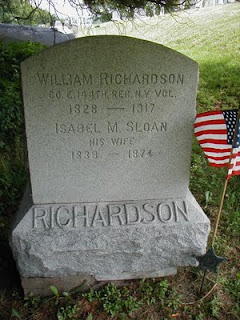 William Richardson was the grandfather of Isabell Irvine Russell, wife of Cecil Russell.  A naturalized native of Scotland, he was almost 90 at his death in 1917. 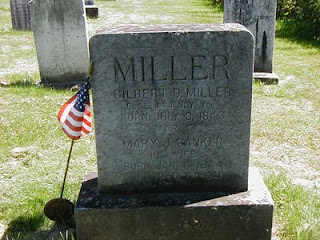 Gilbert D. Miller was Bovina's last surviving Civil War soldier, surviving his service in the 144th by over 65 years.  One reminder of his service in the war was Chronic Diarrhea.  Miller was active in the Grand Army of the Republic (GAR), the Civil War veterans organization.  He died at age 87 from the effects of a fall sustained a few days earlier.
Posted by Bovina Historian at 8:00 AM