Stamford Mirror reported in its February 19, 1889 issue that “a very strange circumstance took place in Bovina recently.” The circumstance concerned the funerals of two elderly women, both from New Kingston. On January 24, Eleanor Wight Elliott passed away in New Kingston, likely on the farm still in the Elliott family that straddles the Bovina/Middletown town line. Born in 1817, she had just been widowed the previous October when her husband, William, died at the age of 79. In November 1864, Eleanor had the misfortune to lose two sons in the Civil War - Thomas and James. At her death, she did have one surviving son, John, who carried on the Elliott name. The day after her death came that of her neighbor, Sally Dumond Winter, the widow of Robert Winter, a native of England. Robert had died in 1878. Sally had five children, of whom at least four survived her. Within 20 years, however, they too had all passed away. Eleanor and Sally very likely knew each other - their farms were adjacent to each other.

The strangeness of the circumstance was the fact that the two burials took place at the same exact time in the Bovina cemetery. And it seems suitable that since they were neighbors in life that their graves were “within a rod of each other.”
Here are two images of the tombstones. Photos courtesy of Ed and Dick Davidson. 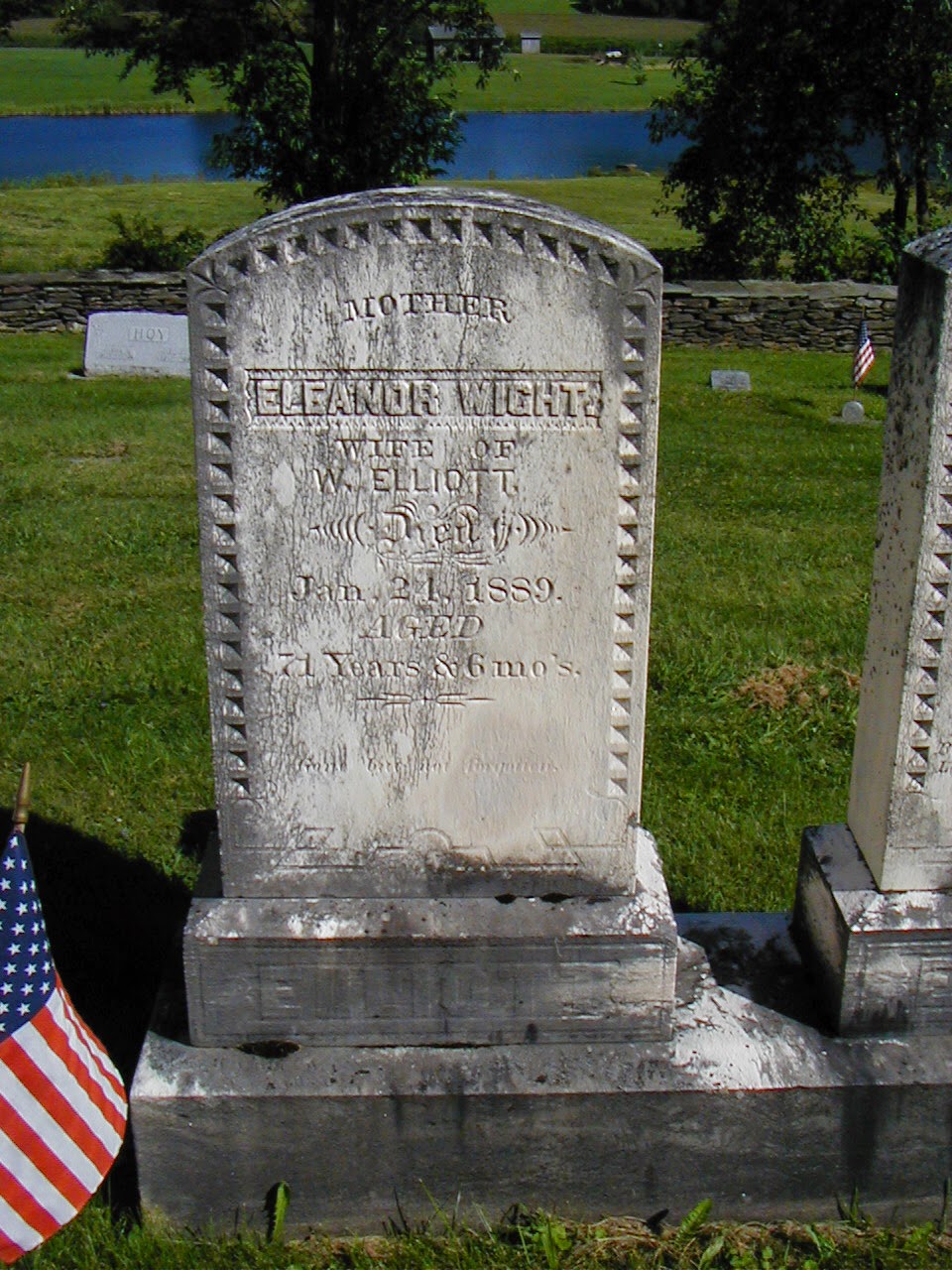 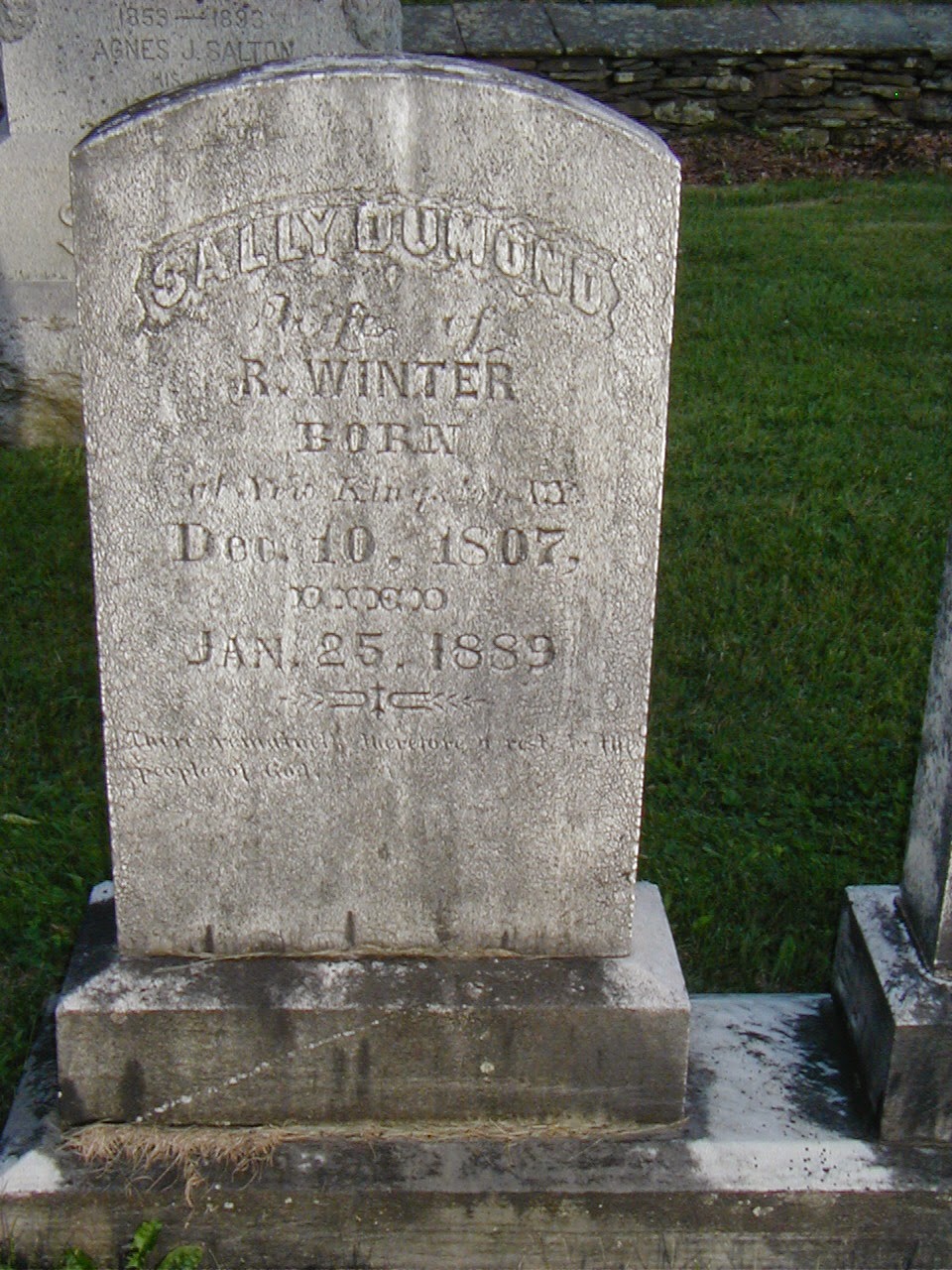