Walter Stott was the son of Walter Stott and Jennet Ormiston, born in Scotland in 1800. His future wife Mary Neish was the daughter of Alexander Neish and Jennette Drummond, also a native of Scotland, born in 1821. They were married in 1841 and would have nine children but most of these did not make it to adulthood. When Walter died, two children survived, and by the time of his widow’s death at the age of 90, only one child survived her.

The Stotts lost two children in the 1840s. Robert died in 1846 just after turning a year old. His brother Alexander died a year later when he was 27 months old. Walter and Mary would lose five more children during the 1860s. They lost three children in a week in 1861. Their second son named Robert died on March 30, 1861 when he was 10. Brothers James and Samuel died within the week, James being three and Samuel just past one. These deaths took place just as the United States Civil War started (see this blog for April 12, 2011 for more information about this time in Bovina).

At the start of the war, the Walter and Mary still had their eldest son, William Henry, as well as sons Walter and John. Their last child and only daughter, Elizabeth, was born in 1863. In August 1861, William would enlist in Company F of the 3rd NY Cavalry. On May 14, 1864, during the battle of Chala Bridge, William was killed in action and his body was never recovered. The grieving parents erected this monument to their son in the Bovina Cemetery.


Less than two years later, Walter and Mary faced yet another sorrow in the loss of their 11 year old son, John in 1866. 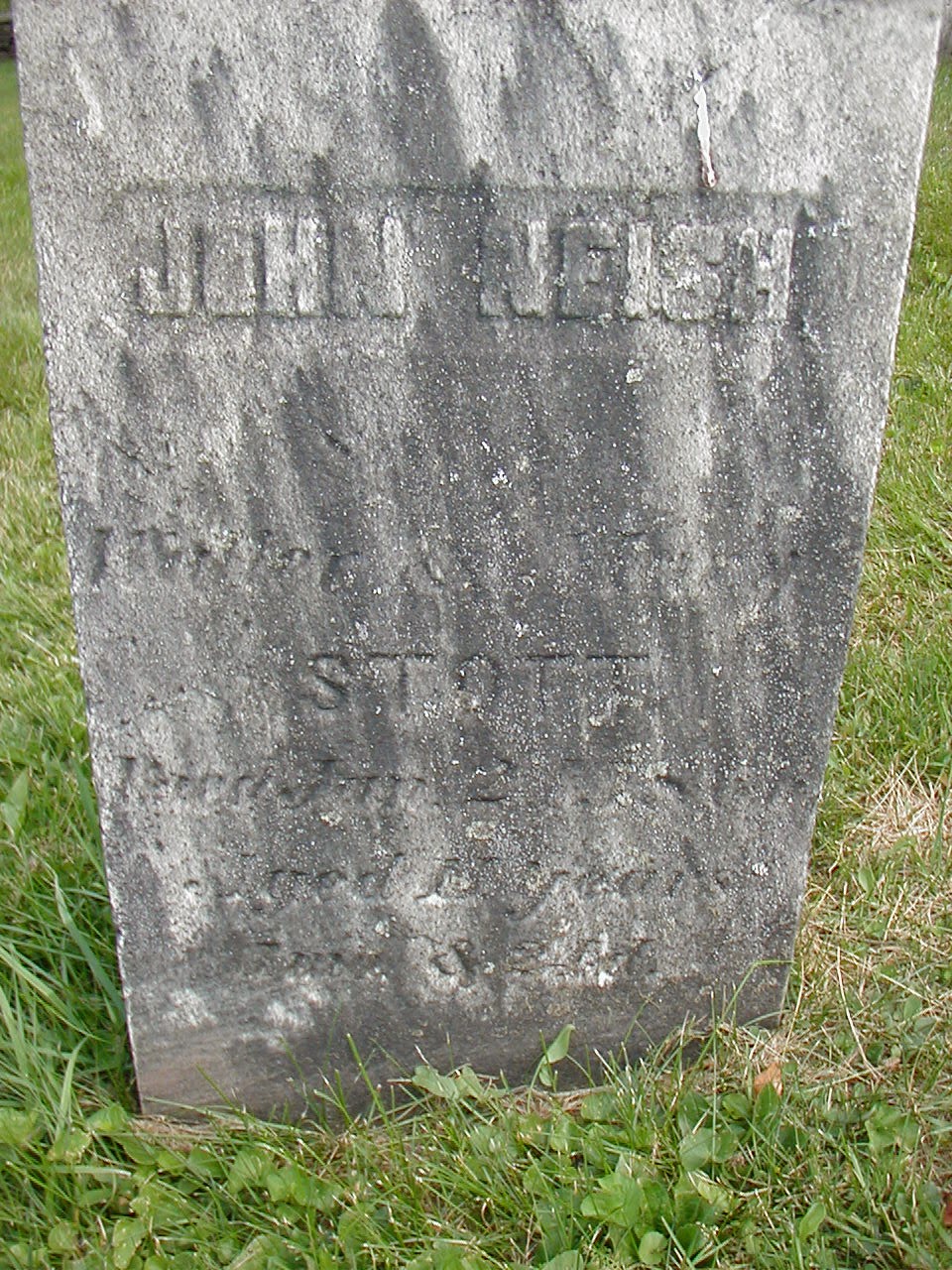 Amazingly, given the string of sorrows that Walter and Mary suffered, they both lived into old age. They had moved to Hamden by 1870. Walter was 72 at his death in 1872, survived by his son Walter and daughter Elizabeth. Mary survived her husband by almost 40 years, dying in 1911 at the age of 90. Poor Mary also would outlive her daughter. Elizabeth was married in 1891 to William McPherson but died 9 years later in 1900, after having three children. Mary was survived only by her son Walter, who was living in Kansas, and three grandchildren.

An interesting footnote to this story about the Stott family concerns the last surviving child. Walter Elliott Stott was living in Hamden when his father died. About a year after his father’s death he was appointed the Delancey postmaster. In April 1874, he renounced his appointment as executor of his father’s will and at around the same time had resigned as Delancey postmaster. The cause of these resignations was his arrest in late March for using forged notes to buy out his partner. When his case opened in June 1874 he pled not guilty but about ten days later, he changed his plea to guilty and was sentenced to two years hard labor at Auburn prison. He was back in the Delhi jail before the end of his sentence in February 1876 to answer another forgery charge, but he never went to trial. In early morning hours of April 3 he escaped from the jail, with the help of someone who got into the jail and opened the cell where Stott and another prisoner, Coonrad Marble were housed. Whether that person was trying to release Stott or Marble or both has not been determined. Marble was recaptured in May, but Stott disappeared.

When Mary Stott’s will was probated after her 1911 death, we find that Walter is still alive, listed in her estate file. He is no longer in New York, however, and has changed his name. Walter is listed in his mother’s probate record as her son, Walter Elliott, living in Belleville, Kansas. A search of various census records does turn up a Walter Elliott living in Kansas, starting with the 1880 census. The information provided in the census about him closely matches the Walter Stott who escaped from the Delhi jail, including his age and the fact that his parents were Scottish born and he was born in New York. The 1910 Federal census provides the most solid clue because a Walter Elliott shows up in the census in Belleville, Kansas. This Walter very likely is the one listed in Mary Stott’s will as her son and is the Walter Stott who left the area in 1876.

Walter did some moving around during his time west, starting Logan County, Kansas. Around 1885, he married a woman from Missouri named Malvina. They had three children, two daughters and a son, all born in Kansas. It appears the son died young. In 1892, Walter was appointed the postmaster of Oakley, Logan County, Kansas. It is not clear how long he held the appointment – the record is hard to read – but it appears it was not much more than a year. In 1900, Walter and Malvina are living in Phelps County, Missouri, where Walter is a farmer and Malvina a teacher, but by 1910, as noted before, they are back in Kansas in Belleville in Republic County. Walter’s occupation that year is listed as agent for sewing machines. The couple shows up in Concordia in Cloud County, Kansas (which borders south of Republic County) in 1920, the last time Walter shows up on the census. He has no occupation but his wife, who was 59, is listed as a milliner. When Walter or Malvina died I have yet to find out.