The twentieth century saw the advent of two summer camps for children in the Bovina township. The first was the Lake Delaware Boys’ Camp was established in 1911 by Robert L. Gerry. A little over a decade later Mr. and MRs. Aaron Mirski established a camp at Tunis Lake.

This entry will focus on the Lake Delaware Camp. Next month I'll post an entry about the Tunis Lake camp.

Mr. Gerry started his camp at Tunis Lake in 1909, using tents. He decided to move the camp to his own property on Lake Delaware. The camp exists to this day – and continues to use tents for housing the campers, but it also includes a chapel and other structures. The camp organ, donated to the camp by Robert Gerry’s father, Elbridge, still is used today. It was built in 1877 by Hilborne Roosevelt, a cousin of Teddy Roosevelt. It is not electrified and still operates with a large wheel to provide the air needed.

During his forty year career, Bob Wyer of Delhi came on two occasions to photograph the camp.

Here are two images taken of the Lake Delaware Boys Camp August 1942. In the second photo, you can see Bob Wyer's shadow at the bottom of the image. 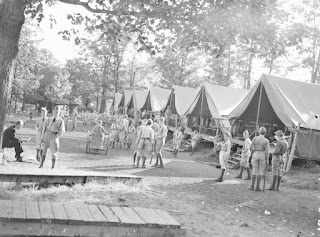 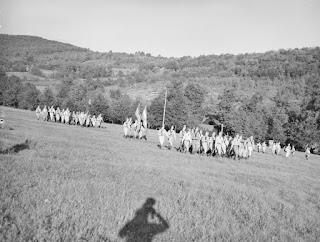 And he went back to the camp in August 1947 for more pictures. 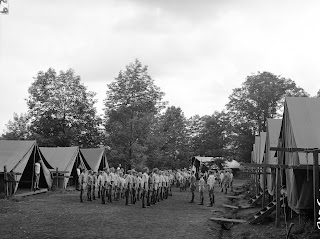 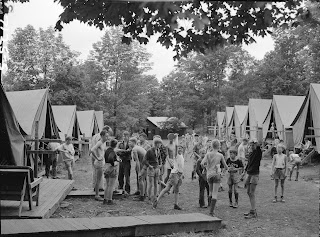 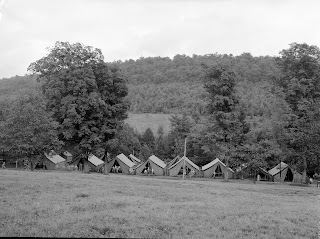 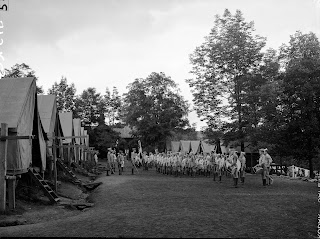 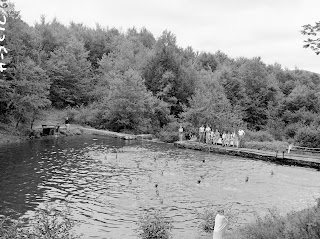