Forty-nine years ago today, the March 1, 1967 issue of the Binghamton Press reported that "Residents of Bovina Center have voted to appeal the dissolution of Bovina District 4 and the annexation to the Delaware Academy and Central School District at the present time. Thirty-six people attended a special school meeting to vote on the issue."

192 years ago today, on March 2, 1824, the Town of Bovina held its annual meeting. Among other actions, it was "resolved that a fence 4 1/2 feet in height shall be considered a lawful fence." It also was resolved "that sheep shall not be permitted to run at large…" Three weeks later, on March 24, a resolution was passed that rescinded this latter resolution, instead resolving "that sheep shall be free commoners."

187 years ago today, on March 3, 1829, a resolution was passed at the annual meeting of the Town of Bovina that "Horses over the age of one year shall not be permitted to run at large under the penalty of 12 ½ dollars to be collected by the Commissioners of Common Schools and applied to support the Schools in said town."

180 years ago today, on March 5, 1831, William Grierson signed this acceptance for the office of school inspector for the Town of Bovina.

105 years ago today, on March 6, 1911, as later reported in the Andes Recorder, "Mrs. William Richardson died at her home in Bovina Center, Monday night, March 6, from anurism, of the great aorta, aged 72 years, 6 months and 8 days, after a long illness. The funeral was held from the house at 1:30 Thursday, Rev. H.B. Speer officiating. Her maiden name was Eliza McDonald and she was born in upper Bovina, being the daughter of Henry McDonald. Her first husband was Andrew Coulter and he died in the sixties. Besides her husband she is survived by two sons, Jas. L. Coulter and Henry M. Coulter, by her first husband." (In the interest of "full disclosure," her first husband, Andrew Coulter, died in my house.)

134 years ago today, the Bovina column in the March 7, 1882 Stamford Mirror had this item: "The 'Little Wanderer' from Rochester made his appearance in town on Monday last, and advertised a free lecture at Hastings Hall on Tuesday evening. His audience was unable to decide whether he was an escaped lunatic, had lost his Mary Ann, or was a spy for a gang of burglars. At last accounts his 'little footprints in the sand' were seen leading towards New Kingston."

Sixty five years ago today, the March 8, 1951 Delaware Republican Express reported in its Bovina column that "Robert Boggs is helping in the creamery while Dave Roberts is home nursing the mumps."

130 years ago today, the March 9, 1886 Bovina column of the Stamford Mirror reported that "Avery Clum has moved on Mt. Warren and intends opening a summer house for the accommodation of visitors during the summer." 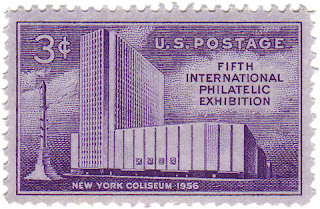 136 years ago today, the Bovina column of the Stamford Mirror dated March 12, 1880 had the following item: "A short time ago two of our up-town boys made up their minds to go to Coulter's Brook on a visit to two fair young ladies, who had attracted their attention. On their way down town they found the night air rather chilly, and stopping at a farmer's wagon house, borrowed a buffalo robe. They soon arrived at their destination, and it is supposed they spent the evening pleasantly. But when they wanted to go home, they found that some mischievous or evil disposed person or persons has taken away the borrowed robe, and three wheels of the buggy. As neither of the young men had ever learned how to manage a velocipede, they found it inconvenient to take the buggy home that night. A day or so afterwards, the robe and wheels were found in barns or wagon houses in that vicinity, but the third wheel at latest accounts had not yet been found.”

Sixty-six years ago today, on March 13, 1950, as later reported in the Bovina column of the Catskill Mountain News, "Robert Todd of Norwich called….on his brother, Ferris Todd. He was driving a new Chevrolet which he had just purchased."

141 years ago today, on March 14, 1871, fence viewers for the town of Bovina, namely W.A. Doig, Michael Miller and F.C. Armstrong,  reached a determination concerning  the building of a stone wall (fence) between the properties of John Hilson and Joshua Jennedy, ordering which part was to be built by Hilson and which one by Kennedy. The property was located adjacent to what was the Methodist Church lot (and is now the home of Gert Hall). 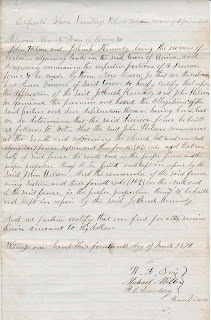 Sixty-five years ago today, the Bovina column of the March 15, 1951 Delaware Republican Express reported the following: "Mr and Mrs. Edwin Davidson and son, Jon, of East St. Louis, Illinois, have come to spend some time with his parents, Mr. and Mrs. H.F. Davidson."

190 years ago today, on March 16, 1826, Helen Miller was born, the daughter of David Miller and Agnes Thompson. She was only three when her mother died. She married James Hoy in 1847 and would have three sons before her own early death in 1858 at the age of 32. She is buried in the Bovina cemetery.

141 years ago today, the March 17, 1875 Delaware Gazette reported that "J.P. Flower begs to be excused from the duties of the Bovina Valley Post-mastership, and Andrew Strangeway has been appointed. The office isn't worth $1,000 per year." Bovina Valley is the Lake Delaware area.

Sixty-seven years ago today, the March 18, 1949 Catskill Mountain News reported in a Bovina Center item that "Leroy Worden sold his flock of 800 fall pullets. He figured that with one more drop in the price of eggs he would be laboring with them at a loss."

Seventy five years ago today, the March 20, 1941 Binghamton Press reported on "Maude," one of two aged draft horses owned by Bovina farmer Frank Miller. He thought Maude, a prize winning horse he had had for over 20 years, was dying. She was lying on her side and could not be roused. So with the help of a neighbor, he started digging the horse's grave in frozen ground. But, as the paper reported, "when they returned for the body, old 'Maude' was on her feet and showed great willingness to work." The article concluded with a quote from Mr. Miller: "She always was a firebrand."

Fifty one years ago today, on March 21, 1965, as later reported in the Bovina column of the Delaware Republican Express, "Mrs. Charles LaFever received word Sunday of the death of her mother at Delhi. She was Mrs. Dulcy Edwards, age 77, and a former resident of Lew Beach."

121 years ago today, the March 22, 1895 Bovina column of the Andes Recorder reported that "Frank Graham is the owner of a hen which recently laid an egg 6 ½ x 8 ¼ inches. Who can beat that?"

136 years ago today, the Brushland column of the March 23, 1880 Stamford Mirror reported that "Business is dull, except with the doctors. It has, until recently, been very healthy in town. Thomas Hoy's family are nearly all sick with inflammation of the lungs and throat trouble. Mr. James Hastings, one of the oldest inhabitants of Bovina, was threatened with paralysis yesterday, but is better today." This likely was James M. Hastings. Amazingly, he lived on for another 14 years, dying in 1894 at the age of 96 years old. Here's a picture of James Madison Hastings: 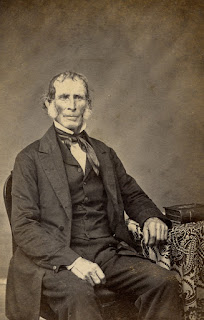 Sixty-six years ago today, on March 24, 1950, as advertised in the Bovina column of the Catskill Mountain News, the "Bovina-Lake Delaware Home Bureau will hold a millinery meeting in the Lake Delaware Parish house….This is an important meeting. All are requested to be prompt and bring table service and one article of food. Note the change in the date."

Fifty one years ago today, the Bovina column of the March 25, 1965 Delaware Republican Express reported that "Marian Jardine of Michigan is home on vacation from a college where she is a student."

Eight-six years ago today, on March 26, 1930, the Bovina column of the Delaware Republican reported that "A telegram was received announcing that Brice Russell was just alive." The paper went on to note that he "is the brother of Wm. C. and Eliza Russell and has been west a number of years." Brice is James Bryce Russell, born about 1849.

107 years ago today, on March 27, 1909, Dorothy Drew was born in Arena, the daughter of Freeman and Ada Drew. In 1933 she would marry Ernest Russell and they would settle in Bovina to raise their two sons, Ron and Dave. Dorothy was the Bovina librarian for many years and passed away in 2006 at the age of 97.

196 years ago today, on March 28, 1820, Elisha B. Maynard signed this oath of office as overseer of highways for Bovina highway district number 24. It was the job of the overseer to make sure that everyone carried out their assessed maintenance of their roads. Everyone was assigned a certain number of days to carry out this work. If unable to do the work, they were expected to pay someone to do it for them. This was the system of road maintenance throughout New York State until the early 20th century.

116 years ago today, on March 29, 1900, Minnie Coulter died. Born in 1872, she married James H. Coulter in 1895. James died nine days before his wife. Minnie's death at the age of 27 was the second of three in the Coulter family in a ten day span. Two days after her death saw the death of her brother in law Walter A. Coulter on March 31. All three died from pneumonia.

136 years ago today, the Bovina column in the March 30, 1880 Stamford Mirror reported that "N. Smith, the well known commission merchant of New York, is making an effort to start a creamery in the upper end of the town. The present indications are that he will succeed." With the value of historic hindsight, we now know that his efforts failed. It would be over 20 years before a creamery was established anywhere in Bovina.

Ninety-five years ago today, on March 31, 1921, Robert Hamilton Russell, died at the age of 71. Born in Bovina in 1850, he was married twice, first to Josephine Baker, who died in 1881 not long after giving birth to her son Elmer, and later to Margaret A. Doig, who would have four sons, including Cecil H. Russell.
Posted by Bovina Historian at 8:00 AM