John L. Gordon was born in 1871, the son of Thomas Gordon and his first wife, Mary Oliver.  He grew up in Bovina and at one point was on the town's baseball team.  In August 1895, the Andes Recorder reported on a game in which several players were injured. While Gordon was not one of them, he fainted when the physician was sewing up another player’s wounds.

In December 1896, John went to New York City to take an examination as a city police officer.  He was successful, being one of only 56 out of the 600 who took the exam to be appointed.  Right around the time of his examination, his family suffered a double tragedy in the death of his 18 year old sister, Maggie, in December and the death of his mother only six weeks later.

Gordon assumed his duties in February 1897.  About a year later, he was laid up for several weeks with rheumatism. He married Elizabeth Roger and in April 1902 became the father of a son, William. They had another son, John in February 1908. The family came to Bovina about once a year for his vacation. This was regularly reported in the Andes Recorder.

In August 1905, John became seriously ill in New York City. The Andes Recorder reported that “Thomas Gordon was called to New York last week by the illness of his son, John L. Mr. Gordon, who is on the police force, was overcome with the heat.  Newspapers have misstated the facts and added much to make a good story out of it.”  The Otsego Farmer from Cooperstown appears to have been one of the papers guilty of doing this: “John Gordon of Delhi, a policeman in New York city became mentally unbalanced, having been overcome by the heat and his long and arduous duties among the East Side bread strikers. He attempted suicide twice, first by taking laudanum, and then by stabbing himself with a small pen knife. He is better now, and convalescing in Delhi.”

John continued his duties as a policeman and his vacation visits to Bovina, but three years later, on September 9, 1908, while his wife and children were at her family’s place at Lake Delaware, "the startling intelligence was flashed over the wires to Bovina that Policeman John L. Gordon had died that morning in New York." Reported by the Andes Recorder, the paper noted that "it was learned that he was found dead at his home.”  Gordon was 37 years old and had been on the police force about twelve years. The Recorder noted that soon after assuming his duties he had been struck in the head and that a few years later suffered a severe sunstroke.  He had been off duty several times in the year prior to his death due to health issues.  Two days before he died he had written to his wife stating that he expected to arrive in Lake Delaware on September 20th. John was survived by his wife and two sons as well as his father, stepmother and a half brother and sister. [The half sister was Margaret Gordon, better known as a social studies teacher at Delaware Academy. She was 15 months old when her half brother died.]

The Recorder did not report an important fact about Gordon's death; namely that it was by his own hand. The Delaware Republican, in reporting his death noted that “sensational reports vary with reference to the circumstances of Gordon’s death but agree that the means used was self-administered illuminating gas. The reason assigned is ill health.” The New York City Police Department’s annual report for 1908 verified this, noting that “Patrolman John L. Gordon committed suicide by inhaling illuminating gas, September 9, 1908.”

John’s father Thomas went to New York City to arrange for the body to be brought back to Bovina for burial. The September 18, 1908 Andes Recorder reported on John's funeral, with the headline "Largely attended funeral."

The funeral of John L. Gordon was held at 10 o’clock Saturday [September 12] in Bovina and was largely attended.  Rev. H.B. Speer officiated.  The offerings of flowers was large and probably the most beautiful ever seen here.  The sympathy of the entire community goes out to the young wife who is left with two small children. Besides the immediate families those from out of town in attendance were Miss Gerry, of New York; Jas Foreman, Margaret Archibald, Chas Gordon and wife, W. B. Yeomans and wife, the Misses Forrest, Mrs. Williams, Mrs. Alex Oliver, of Delhi, Leonard Sloan and wife, of Bloomville; Thomas Bouton and wife and T.W. Miller of Andes 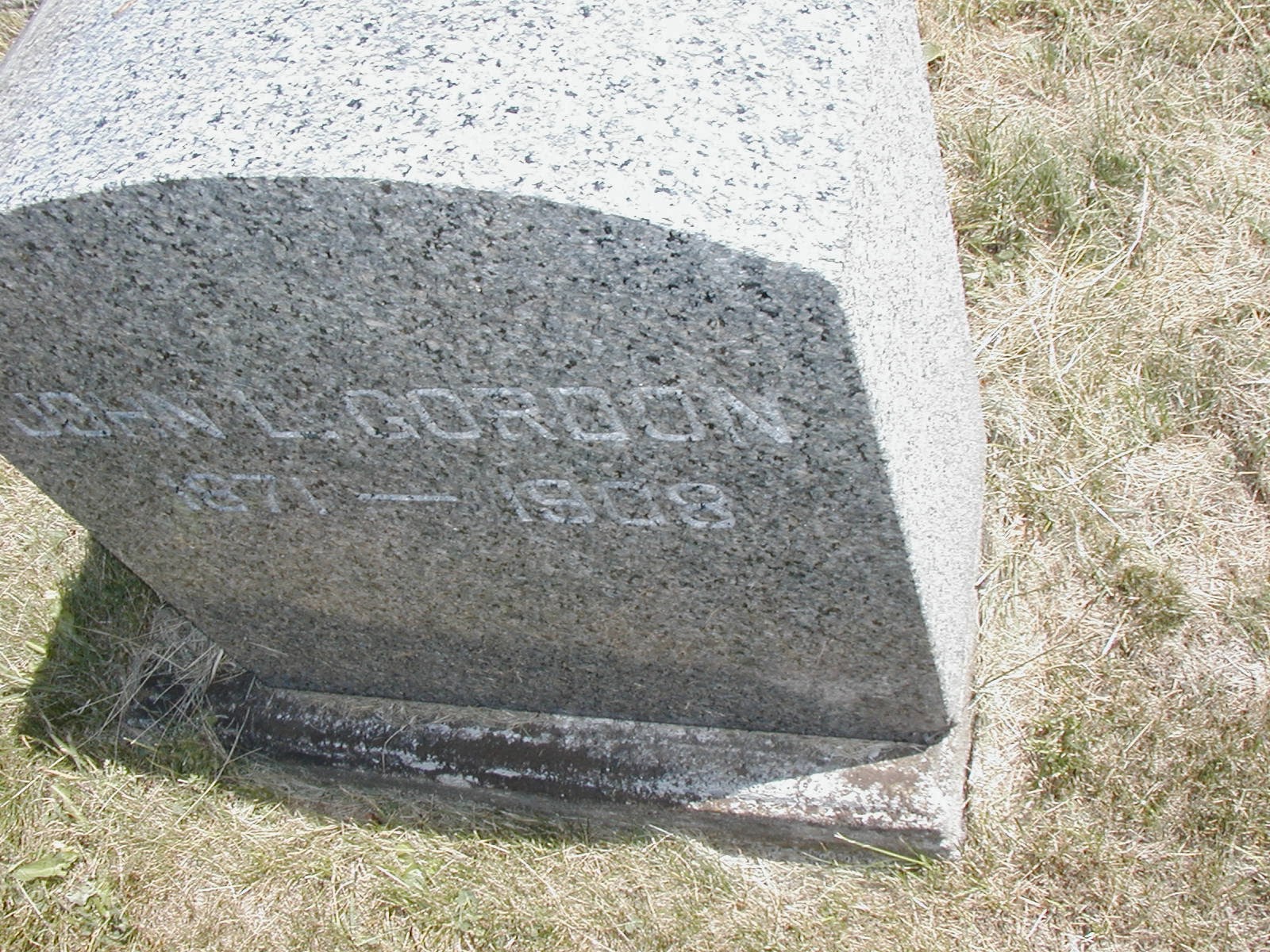 John's widow Elizabeth continued to come to Lake Delaware with her two sons each summer to stay with her father, William Rogers. She died of cancer in New York City in October 1920. Her father-in-law Thomas had died a few months later in April 1921.

See the January 6, 2012 entry in this blog for another story about John Gordon's half-brother William.